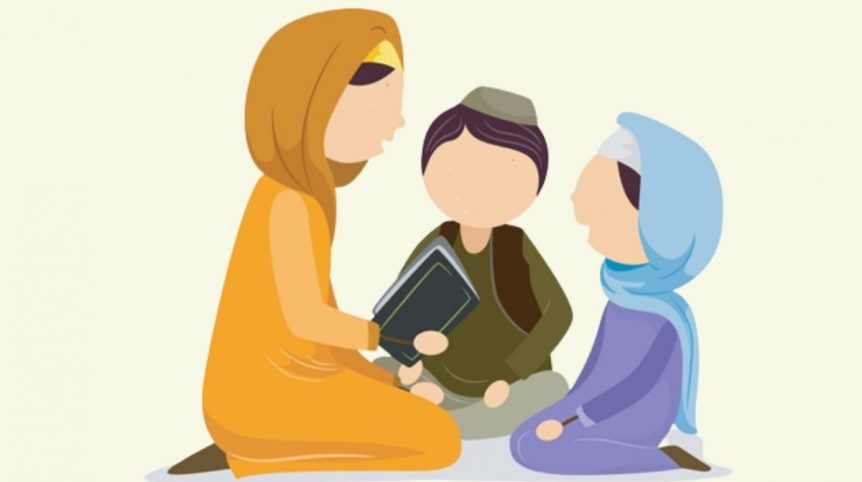 Talking to children and youth about sensitive topics such as appropriate code of conduct between men and women as well as substance use/abuse are conversations that parents and caregivers, despite religious affiliations, struggle to have. Assuming that Muslim children and youth will not engage with drugs and alcohol because they have heard on numerous occasions that such behaviour is impermissible in Islam, is not enough to discourage them from unhealthy habits. Substantial evidence needs to be presented to youth to provide them with a holistic understanding of why engaging with alcohol and drugs is not permissible in Islam.

Rationalizing the Islamic prohibition against harmful substances is imperative to prevent children and youth from making incorrect choices when enticed to engage with alcohol and/or drugs while socializing with peers. In fact, effective childcaring results in possessing the confidence that one’s child will make sound choices in the event of peer pressure because the child has confidently internalized the purpose of abstaining from harmful substances.

Although substances do not always have the same impact on everyone is also important to be open and honest about the various effects. Just because a peer experienced euphoria while under the influence, does not mean that everyone experimenting with that substance will also feel the same. Additionally, Prophet Muhammad (PBUH) also paid attention to the importance of keeping good company. The Prophet (PBUH) said: “A man follows the religion of his close friend; so, each one should consider whom he makes his close friend” (Khokhtar, 2021). Hence, being familiar with the individuals that one’s child associates with are crucial in limiting negative influences. Being able to provide advice to children and youth about their peers and having that input positively received, requires a welcoming and loving home environment that is not solely based on strict discipline. To prepare parents and caregivers to have uncomfortable yet fundamental conversations with their children, a list of resources has been put together to inform them about the appropriate approach to take while attempting to empower their child to make healthy life choices.

As an educator, I have had the opportunity to engage in lengthy conversations with Muslim and non-Muslim youth, and it was brought to my attention that organized gatherings between teenagers, often include alcohol and, in many cases, even drugs far more addictive than cannabis. While schools take responsibility in educating children and youth about the detrimental impact of substance use/abuse, exploring the Islamic prohibition of such behaviour alongside parents, further empowers Muslims from abstaining.

There are several reasons why alcohol and drugs are discouraged/impermissible in Islamic discourse. The most evident reason lies behind the immediate effects of such substances. According to Drug-Free Kids Canada, the short-term impact of alcohol use includes but is not limited to doubled or blurred vision, nausea and vomiting, impaired memory or loss of memory, flushed skin, and aggressive and violent behaviour. Alcohol intoxication could also lead to respiratory arrest (stops or troubles with breathing), stupor (unresponsiveness), coma, and even death. Long-term effects and risks of alcohol consumption could also result in diverse forms of cancer (liver, throat, stomach etc.), high blood pressure, damaged organs (heart, liver, brain, and stomach), decline of mental health, trouble sleeping, and hormonal irregularities.

Drugs, much like alcohol, have destructive outcomes to children and youth’s overall wellbeing. In fact, experimenting at a young age with substances could lead to a dependency pattern that could have worse outcomes in one’s adult life. It is also essential for parents and caregivers to remember that it is natural for children and youth to be curious about drugs. Hence, being able to provide them with resources and answers to their questions is fundamental for early prevention. Fostering a home environment where children can confide in a trusting and loving adult to ask questions without fear of punishment is not only encouraged but expected within the Islamic framework of childcare (see the prophetic example as well as other parental figures in Islam like Maryam).

Finally, it is important to highlight that substance abuse leads one to concern themselves with earthly pleasures instead of an emphasis on spiritual enlightenment and connection to Allah (SWT). Hence, when alcohol prohibition initially emerged, Muslims were primarily discouraged from praying while intoxicating (see Quran 2:219, 4:43, 5:90, 16:67). However, once the community was further fortified with belief in Allah (SWT), alcohol use/abuse was prohibited altogether. Indeed, Allah (SWT) in the Quran says: “O believers! Intoxicants, gambling, idols, and drawing lots for decisions are all evil of Satan’s handiwork. So, shun them so you may be successful” (Quran 5:90)

Overcoming addiction as a family

Despite how invested parents and caregivers are in motivating their children to make healthy and positive life choices, unfortunately, addiction to harmful substances is not uncommon.
In fact, upon facing a situation where a loved one is struggling with alcohol or substance addiction, it is essential to mobilize in order to assist them in recovering. The following recommended steps are meant to help families move past the initial shock and get into action.

Before approaching your loved one, it is essential to be confident that they are dealing with addiction to harmful substances. Observing their behaviour and eventually verifying your suspicion with scientific evidence could better inform your approach.

Instead of reacting to the news, it is best to reflect on how you express your concerns eloquently—emphasizing how their health would deteriorate rather than addressing the social impact of their actions on themselves and the family as a unit.

Muslims tend to have, for the most part, a close bond with extended family but, addressing something this private and sensitive should be taking place in a safe and intimate environment where your loved one will not feel threatened and exposed. Although you might foster a loving and confidential space for your loved one to address their struggles, try not to get defensive if they refuse to engage in a conversation with you. Consider being patient and if you realize that this is beyond your control, reach out to a mental health professional to assist you in staging an intervention.

According to The Recovery Village, substance abuse usually foretells poor mental health such as anxiety and depression. Self-medicating with alcohol or drugs is not unusual, and therefore, it is more appropriate to use compassionate language when discussing your concerns rather than undertaking an accusatory approach.

Although you might be able to offer only so little, providing your loved one with the opportunity to reach out to you when they feel ready while also making them feel safe, heard, and considered when they confine to you about their addictions could be just enough. Recognizing one’s limitations is essential. Seek out additional resources and support instead of taking upon the challenge of walking your loved one to recovery.

Step #6: Together, develop an action plan

Alongside your loved one, work together on developing an action plan to address their needs. Listen to their concerns and offer to assist them in their journey towards recovery. Working with a mental health worker who is an expert in substance abuse could also be beneficial for all parties involved.

Overall, fostering honest conversations with children and youth about the dangers of alcohol and substance use/abuse is vital. Offering additional resources to validate diverse approaches to substance prohibition could positively impact youth to make more sound choices in their lives. Using aggression or coercion with minors who inquire about alcohol and drug prohibition in Islam can further push children away because it does not create a safe conversation space. Additionally, oversimplified counterarguments that merely state “substances are haram” are not compelling arguments and do not discourage Muslim children and youth from experimenting. It is important as parents and caregivers of Muslim children and youth to remember that even upon the possibility of engaging with impermissible actions in Islam, forgiveness and gentleness go a long way. Indeed, “During the lifetime of the Prophet (PBUH), there was a man called Abd Allah whose nickname was Donkey, and he used to make Allah’s Messenger (PBUH) laugh. The Prophet (PBUH) lashed him because of drinking [alcohol]. And one day, he was brought to the Prophet (PBUH) on the same charge and was lashed [again]. On that, a man among the people said: O Allah (SWT), curse him! How frequently he has been brought [to the Prophet (PBUH) on this charge]! The Prophet (PBUH) said: Do not curse him, for by Allah (SWT), I know he loves Allah (SWT) and His Apostle (PBUH)” (Khokhtar, 2021).